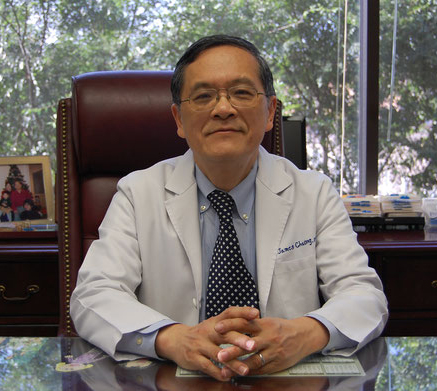 Board Certified in Reproductive Endocrinology

Board Certified in Obstetrics & Gynecology

Dr. C. James Chuong is the Medical Director of Cooper Institute for Advanced Reproductive Medicine in Houston, Texas. He was the Founder of the Institute in 1997. Dr. Chuong received his Medical Degree from National Taiwan University College of Medicine and a Master’s Degree of Public Health from the University of California, Los Angeles. He completed his residency training in obstetrics and gynecology at the University of Michigan/Henry Ford Hospital and fellowship training in reproductive endocrinology/infertility at the Mayo Clinic in Rochester, Minnesota.

Dr. Chuong was on the faculty at the University of Texas, Medical Branch in Galveston and Baylor College of Medicine in Houston, Texas. Prior to his current position, he was the In Vitro Fertilization Program Director of the Cooper Institute in New Jersey. He has received several national grants and merit awards including those from American Society for Reproductive Medicine and American College of Obstetricians and Gynecologists. He served as a reviewer for Am. J of Ob/Gyn and Obstetrics & Gynecology. He has published numerous articles and book chapters, and given presentations at national and international meetings in the field of infertility and reproductive medicine. He is board certified by both American Board of Obstetrics and Gynecology and American Board of Reproductive Endocrinology.

MEMBERSHIPS IN PROFESSIONAL AND SCIENTIFIC SOCIETIES

Dr. Chuong is on the staff of Memorial – Hermann Healthcare System (Hermann Hospital, Southwest Memorial Hospital), Columbia Health Network (Woman’s Hospital of Texas, in Houston), Methodist Health Care System Center in Sugarland. A physician on staff of an accredited hospital is subject to peer review by the medical community, and must conform to independent standards of training, continuing education and performance. 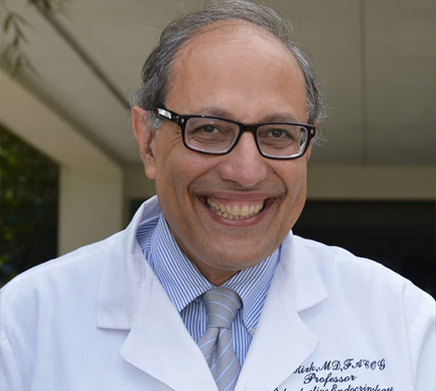 Board Certified in Obstetrics & Gynecology

Fellow, Royal College of physician and surgeon of Canada

Dr. Botros Rizk is a renowned infertility specialist internationally recognized for his expertise in In Vitro Fertilization and endometriosis Prior to joining Cooper Institute, Dr. Rizk was Professor and Head of Reproductive Endocrinology and Infertility and Medical and Scientific Director of USA In vitro fertilization and assisted reproduction at the University of South Alabama. Mentored by Nobel Laureate Professor Robert Edwards, who was awarded the Nobel Prize in Medicine for achieving the first successful In Vitro fertilization in the world.

Dr. Rizk started his career in Reproductive Medicine in London, UK. He joined the prestigious University of Cambridge for three years from 1990 to 1993. Dr. Rizk is board certified by the American Board of Obstetrics and Gynecology and the Royal College of Physicians and Surgeons of Canada and the Royal College of Obstetricians and Gynaecologist in England, as well as, the American Board of Bioanalysts in Embryology and Andrology.

Throughout his career, Dr. Rizk conducted numerous fertility research projects, published more than twenty medical textbooks and gave presentations nationally and internationally. He is very active in numerous fertility societies and is currently the President of the Middle East Fertility Society.

Fellow in Reproductive Endocrinology and Infertility

Internship in Medicine and Surgery

MEMBERSHIPS IN PROFESSIONAL AND SCIENTIFIC SOCIETIES:

Dr. Rizk’s areas of clinical and research interests have been ovarian stimulation including the development of the protocol. He is internationally considered a leading authority on ovarian hyperstimulation syndrome and made original contributions to the pathophysiology and prevention of the syndrome. Dr. Rizk authored a book solely dedicated to ovarian hyperstimulation syndrome that is considered the standard reference for OHSS. Dr. Rizk is an authority on endometriosis; its novel medical management and robotic surgery. He has received numerous academic honors and given presentations nationally and internationally. He is the editor and reviewer for numerous peer review journals.